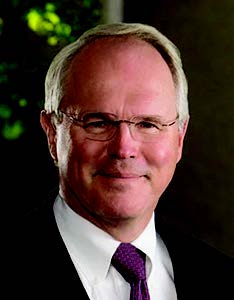 Christopher Hill, former ambassador to Iraq, South Korea, Poland and Macedonia, will be the featured speaker at the 2020 Blue Gala sponsored by the Democrats of Indian River.

As Assistant Secretary of State for East Asian and Pacific Affairs from 2005 to 2009, Hill led the U.S. delegation to six-party talks aimed at resolving the North Korean nuclear crisis. Earlier, as a special envoy to Kosovo in 1998 and ‘99, Hill was a member of the team that negotiated the Bosnia peace settlement.

The ambassador will speak on the current U.S. diplomatic mission and the United States’ role in world peace.

The Blue Gala will be held Feb. 23 at the Moorings Yacht & Country Club from 6 p.m. to 10 p.m. The gala will also feature music by Odyssey and a silent auction. Tickets are $250 per person, dinner and an open bar included.

For more information, contact the Democrats of Indian River 772-226-5267 or email office@democratsofindianriver.org.