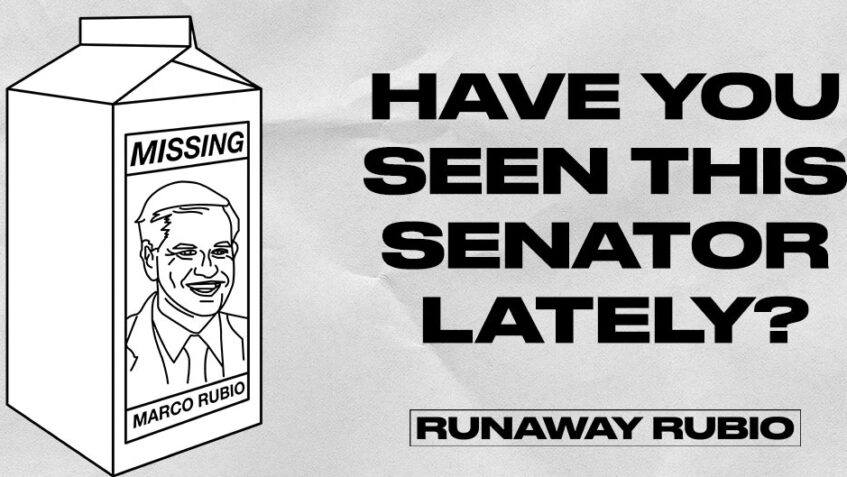 Marco Rubio failed to show up to two committee hearings this morning, skipping an important hearing on nominees to serve as ambassadors to Brazil, Panama, Belize, and to the Organization of American States, and missing a hearing on funding the Environmental Protection Agency. While the Foreign Relations Committee heard testimony from two Florida natives discussing Latin American affairs, Rubio was once again absent.

“While Marco Rubio had plenty of time to promote himself on Fox News this morning, he was nowhere to be found when it came to actually doing his job. Our allies in Latin America should be able to count on our leaders to show up to support them. But Marco Rubio only shows up to work if he can score a quick sound bite to advance his own political agenda,” said Florida Democratic Party spokesperson Grant Fox.