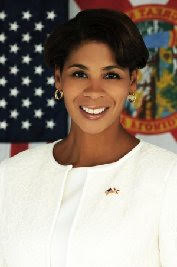 In an energetic speech to the Democratic Women’s Club of Indian River County, congressional candidate Pam Keith outlined her positions in the 2018 race for the District 18 House seat currently held by Brian Mast.

Keith, who ran for the Democratic nomination for the U.S. Senate in 2016, spoke at the club’s October luncheon. Also speaking to the group was Megan Hoots, a candidate for Vero Beach City Council.

A U.S. Navy veteran and labor lawyer, Keith emphasized the importance of first-hand communications. “Ninety percent of politics is presence,” she said.

After graduating from Boston College law school, Keith joined the Navy as a judge advocate. She served four years, including a tour in the Persian Gulf area. The daughter of a diplomatic family, Keith said, “I was born for this fight.”

Keith highlighted the role of women in politics. “We’re the voice of the American family.” She also urged the audience to be involved. “Know that your country is counting on you.”

The next luncheon meeting of the Democratic Women’s Club of IRC is planned forNov. 11.

Statement on Chauvin Trial by DWCF 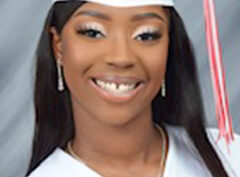