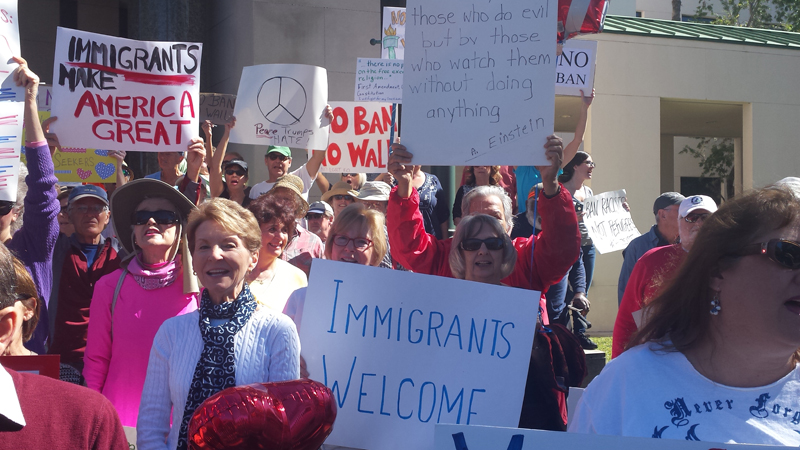 In step with the majority of Americans, the Democrats of Indian River passed a resolution to support the Deferred Action for Childhood Arrivals:

WHEREAS, there are now peacefully living in the United States about 800,000 undocumented individuals who were brought to this country as children and who know no other country as their home, commonly known as Dreamers (“Dreamers”) for their dream of being allowed to live and pursue their dreams here; and

WHEREAS, these Dreamers are valuable, law abiding and positively contribute to our society, many as outstanding students, teachers, employees and members of the military: and

WHEREAS, the IRC DEC believes that such persons have earned the right to be protected from deportation, and have the opportunity to earn permanent resident status and, accordingly, eventual U.S. Citizenship; and

WHEREAS, President Trump has without  justification, taken executive action to end any and all protection heretofore enjoyed by Dreamers.

That The Congress of The United States immediately enact statutory protection of Dreamers substantially in accordance with the DREAM Act of 2017 (S.1615, Sec.3(b)(1)(B), and HR3440,), including: that; Dreamers who are now between the ages of 12 and 35 and of good moral character, who were younger than 18 years old on the date of their initial entry to the United States; have resided thereafter in the United States for at least five consecutive years; have complied with the registration requirements of the Selective Service Act and if 18 years of age or older have graduated from an American high school, obtained a GED, or been admitted to an institution of higher education be granted:

1. “conditional” U.S. resident status subject to reasonable requirements such as graduation from a two-year community college, completion of at least two years towards a four-year college degree, or two years of service in the US military; and

2. that after this conditional period, those who meet at least one of these requirements would be eligible to apply for and be granted permanent resident status, which would eventually allow them to become U.S. citizens.