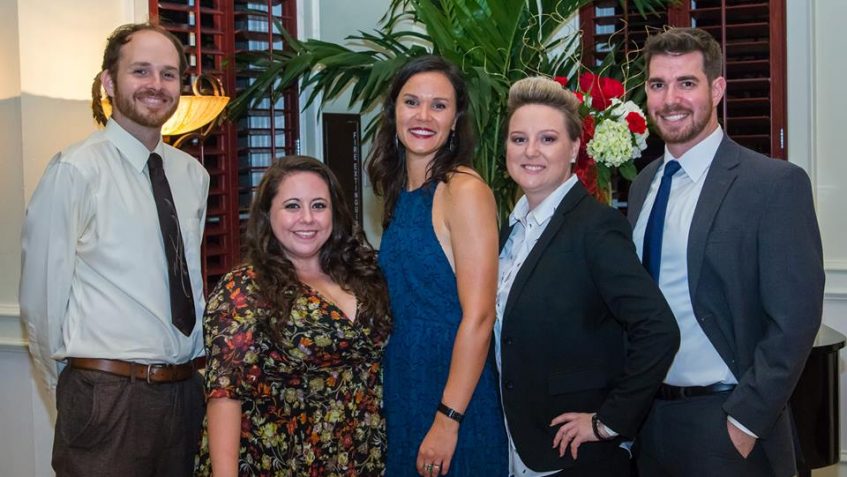 FYDIR has worked tirelessly this last year to bring a voice to the 30,000 registered Democrats in Indian River. Members are determined to turn Indian River County from red, to purple, to blue through community engagement and helping to identify and support progressive candidates.

In the last year, FYDIR collected signatures for the Florida Rights Restoration Coalition, a statewide effort to restore the right to vote for disenfranchised voters. Because of the hard work of many different organizations knocking on doors and collecting signatures, the amendment will be on the 2018 ballot as Amendment Number 4. FYDIR spent 5 months hitting the pavement and collecting 500 signatures in Indian River County.

Since inception, community presence has been a top priority for FYDIR. The organization is visible at every Main Street Downtown Friday event, had the largest group participation in the 2017 United Against Poverty Turkey Trot, and hosted two gallery exhibits at Raw Space over the summer. Members sit on different city boards and pay attention to community calendars, often so as not to miss an opportunity to stay up to date with local events and issues.

Dedicated to seeing progressive candidates on the ballot, FYDIR endorsed and supported founder and member Megan Hoots for Vero Beach City Council in 2017, and is currently supporting their communications chair, Nicole Haagenson, for State House District 54 in the 2018 elections.

If you are interested in getting involved with the Florida Young Democrats of Indian River, you can contact ydchair@democratsofindianriver.org for more information.