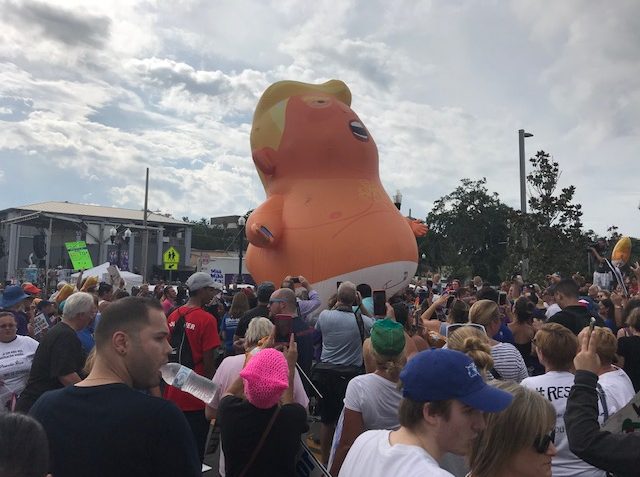 Trump is Toxic in Orlando

As Donald Trump prepared to re-launch his campaign this week in Orlando, the Florida Democratic Party released the results of a new survey of Orlando area voters demonstrating his toxic standing.

From Juan Peñalosa, Florida Democratic Party Executive Director: “After spending his entire Presidency threatening healthcare coverage for pre-existing conditions and looking out for his rich and powerful friends at the expense of hardworking Floridians, Orlando voters think Trump is toxic. When Donald Trump arrives in Orlando this week voters will greet him with a simple message: Florida will defeat you in 2020.”

The I-4 Corridor is key to winning Florida, the survey was conducted June 11-13th and included 565 Orlando area voters.

Each day leading up to the Trump campaign re-launch, the Florida Democratic Party has been highlighting how Trump’s record on critical issues has hurt Floridians and why they will reject him in 2020, including his assault on health care, his broken promise to protect Florida from near-shore drilling, and his education agenda that hurts students and their families. Last week the FDP also announced the launch of a grassroots army of 90 field organizers, already on the ground working to organize, register and mobilize Democrats ahead of the 2020 election.