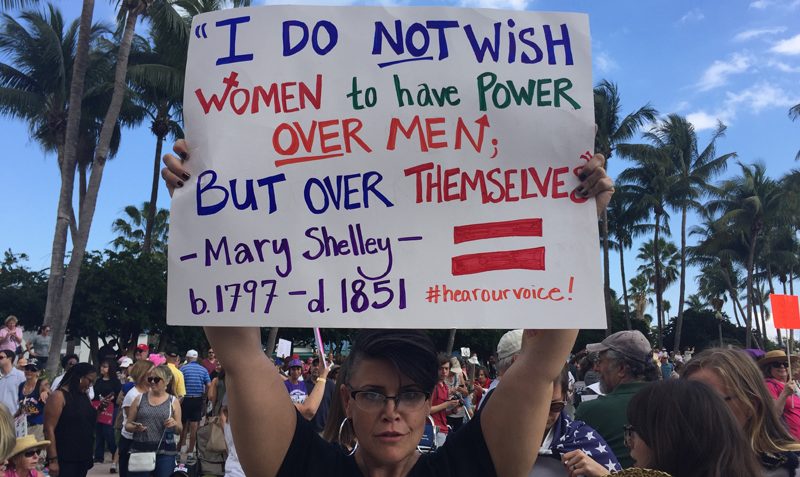 The chaos caused by history’s most scandal-ridden president has occupied the nation. In Other News, based on open-source reporting,  examines issues on the national and state levels that merit the attention of voters.

With a new conservative court, expect to see more

The Florida State Legislature and Gov. Ron DeSantis are about to impose a new abortion restriction that would require parental consent –  not just notification – for women under 18 who seek an abortion. The bill is expected to be approved and signed by the governor this week.

And unlike 2019, the measure will likely be approved by a revamped, conservative state Supreme Court. This is yet another step in the Republican campaign across the country to make reproductive rights harder to exercise.

The following excerpts are from a Jan. 31 article by Kelly Hayes in “Fresh Take Florida,” a news service of the University of Florida College of Journalism and Communications.

TALLAHASSEE, Fla. — Florida’s Legislature is close to approving a bill requiring girls under 18 to obtain permission for an abortion from a parent. Passage would be a political win for Gov. Ron DeSantis, who had pushed for the measure, during an election year when Republicans hope to deliver the state to President Donald Trump.

The Senate is expected to vote on the bill next week. If the House approves it as expected in coming weeks – the governor already said he will sign into law – Florida would become the 27th state to impose parental consent legislation for abortions. Critics said the measure could compel children to give birth to children against their will.

The article goes on to state:

It would also be the second time Florida passed such a bill, after the state Supreme Court struck down a previous effort a generation ago. The bill’s supporters are confident the court is now sufficiently conservative that a legal challenge would be unsuccessful.

This is yet another reminder to Democrats that elections matter. DeSantis, who won election in 2018 by 0.4 percent, has already flipped the state Supreme Court from a liberal majority to conservative, with three appointments in the past year.

As a result, roughly the same bill that the Florida Supreme Court ruled unconstitutional suddenly becomes constitutional because of a change in justices who all happen to hold the same interpretation of the law. Such extreme politicization of the courts is yet another example of how Republicans continue to corrupt the norms of governing.

No doubt, parental approval before an underage daughter undergoes an abortion does have a degree of sympathy among parents who otherwise support reproductive rights. They believe a home with loving parents and open communication can provide an environment where such decisions could be discussed without rancor. This is idyllic.

This bill, however, exposes young women in dysfunctional homes to anger and retribution. According to the American Civil Liberties Union, most teens do involve their parents, but those who do not most often have very good reasons for not doing so.

The minority of teens who do not voluntarily consult a parent generally have good reasons not to. Many come from families where such an announcement would only exacerbate an already volatile or dysfunctional family situation. One study showed that 22% of teens who did not tell a parent about their abortion decision feared that, if they told their parents, they would be kicked out of the house. More than 8% feared that they would be physically abused because their parents had beaten them before. Of those who did not tell a parent, 12% did not live with either parent and 14% had parents who abused drugs or alcohol. (Henshaw & Kost.) Experience shows that teens’ fears are well-founded.

According to Politico, the Florida abortion bill could have national implications. Trump has appointed two conservative justices to the U.S. Supreme Court and pro-life advocates “are eager to test the refashioned judiciaries with a constitutional challenge to Roe, and conservative lawmakers are doing what they can to help.”

It’s clear that we’re no longer discussing parental consent. We’ve devolved into the discussion of a bill that is a full-on assault to a woman’s right to choose and a physician’s duty to care for his or her patient,” state Sen. Lauren Book (D-Plantation), a panel member, told POLITICO after the Senate committee on Wednesday.

Despite the fact that polls show a majority of Floridians support abortion rights, Republicans are planning even more draconian measures for 2020.