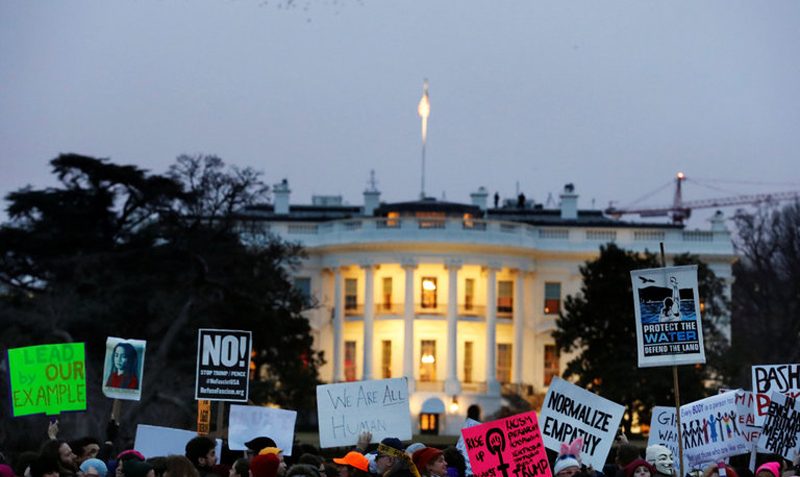 Donald Trump took his lies, tirades, name calling, and inflammatory rhetoric to an entire new level when he told his followers at a rally in Minnesota that they had “good genes,”  chillingly reminiscent of Adolf Hitler’s murderous eugenics policy.

“You have good genes, you know that, right?” Trump told the crowd of overwhelmingly white supporters Friday. “A lot of it is about the genes, isn’t it, don’t you believe?” he added. “The racehorse theory. You think we’re so different? You have good genes in Minnesota.”

The “racehorse theory” of genetics holds that some human beings are born genetically superior to others.

This radicalizes the extreme Republican agenda further to demean our vulnerable racial and ethnic minorities, members of the LGBTQ+ community, the disabled, immigrants, refugees and religious minorities.

Halie Soifer, executive director of the Jewish Democratic Council of America tweeted, “It was used by Nazis to justify genocide.” “Today, it’s used by white nationalists — & apparently the @POTUS — to justify hate.”

There is no room in today’s America for this kind of flagrant hate.  Diversity is the strength of America.  In Joe Biden’s America, he will show respect for the American people and make sure that our democracy works for everyone.