Back to School Budget Cuts Under President Trump and Governor Scott 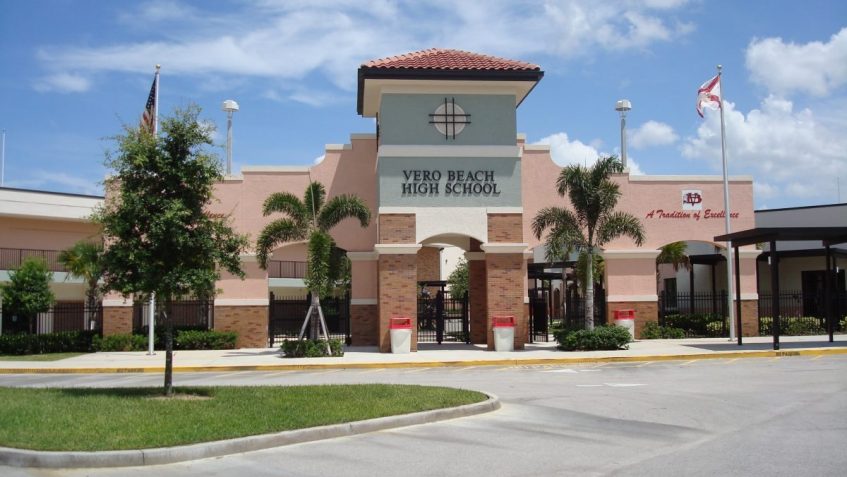 Back to School Budget Cuts Under President Trump and Governor Scott

As President Donald Trump and Secretary Betsy DeVos, a part-time resident of Indian River County, unveiled their extreme agenda to slash over $9 billion dollars out of the U.S. Department of Education budget, it became clear that the students, teachers, and staff of Indian River County were going to suffer as the new school year begins. A modest estimate in direct budget cuts for our county is about $2 million in funding. Specifically, in terms of education programs:

The President and Mrs. DeVos intend to cut all federal funding for the 21st Century Community Learning Centers afterschool program. Since 2009, Indian River County has been awarded these afterschool grants that keep our children safe, provide them a nutritious snack, and offers our kids homework help and cultural enrichment so that their working parents can keep working after the school bell rings. In 2016, this grant was about $240,000. Each year, the grants have operated in 2 or 3 elementary schools in Indian River County and served about 250 students, the majority of whom are white, on free and reduced price lunch, and girls. Currently, afterschool enrichment programs operate in: Sebastian, Treasure Coast, and Pelican Island Elementary Schools. It is an economic necessity for many parents in order to support their families. To hurt our working families is not fair and it is not right.

The President and Mrs. DeVos also intend to eliminate $2.4 billion in federal grants for teacher professional development, known as Supporting Effective Instruction State Grants (Title II). Title II is the major federal funding stream districts use to support their workforce and ensure equitable access to high-quality teachers and principals for all students. Florida stands to lose over $108 million. In our area in 2015, 202 teachers were trained at Indian River State College with Title II funds. In addition, in the Indian River County school district’s 2015-2016 budget, Title II represented 8 percent of the federal revenues coming into our schools, or about $900,000. We can ill afford these professional teacher-training funds to be eliminated from the budget for the sake of our entire community.

The President and Mrs. DeVos intend to re-program Title I, the federal government’s largest program targeted at helping poor children succeed in school by creating new “school choice” programs in the form of funding charter schools, vouchers, and a new program to allow taxpayer dollars to flow to private schools. Private schools are not accountable for student performance, can discriminate in admissions and discipline policies, and are not subject to basic monitoring, oversight, and civil rights laws–as are our public schools. At a recent public forum, Mrs. DeVos said her record in office should be graded on expansion of choice-friendly policies. She did not embrace a suggestion that she be judged on academic outcomes. “I’m not a numbers person,” she said. Now, President Trump and DeVos seem concerned less with measuring whether schools help students learn and more with whether parents have an opportunity to pick a school for their children even though there is no evidence that these schools are any more effective than public schools. Indeed, three recent scientific studies of statewide voucher programs in Indiana, Louisiana, and Ohio are providing us with a troubling picture: they found that vouchers actually hurt student learning. In other words, students who took a voucher option to attend a private school had their achievement drop dramatically.

Unfortunately, this concept of expanding charter schools in Florida was embraced by the Florida legislature in House Bill 7069 which was signed by Governor Scott in June. The Florida School Boards Association, the Florida Association of District School Superintendents, the Florida National Education Association, and a coalition of conservative and liberal groups focused on education, known as Common Ground called on the Governor to veto the bill. As a result of Governor Scott signing the bill into law, school districts from across the state are preparing to join forces to challenge the constitutionality of the education law passed earlier this summer.

The Broward County School Board voted in July to file a lawsuit against the state over House Bill 7069, a sweeping education reform package which opponents say gives charter schools an unfair advantage over traditional public schools and would “totally dismantle” the state’s public education system. Four other school districts — Bay, Lee, St. Lucie and Volusia — all voted to join the suit and they’re not the only ones. The number of counties joining in could skyrocket next month, with several other school boards — at least 14 more- holding votes to determine whether they, too, want to take their opposition of the bill to court. It is not clear what Indian River County will do.

The President and Mrs. DeVos intend to cut federal college access programs like TRIO that provides services to low-income children and other higher education preparation programs. Through Indian River State College, we are blessed to have both a TRIO Upward Bound program and a TRIO Talent Search Program. The upward Bound grants is over $250,000. Indian River Upward Bound is for 9th and 10th graders attending the Freshman Learning Center, Sebastian River High School, and Indian River Charter School. Weekly tutoring is held at the Gifford Youth Activity Center.. Having our students attend college and earn a degree is good for the economy of Indian River County.

Literacy Tutoring Eliminated in Our Schools

The President and Mrs. DeVos intend to cut funding for the Corporation for National Service, the federal agency that oversees AmeriCorps and Senior Corps. AmeriCorps has as its major focus educational projects that reach students and schools in 41 states, including Florida. In Indian River County, 18 AmeriCorps volunteers provide literacy tutoring in a school-based mentoring program to students who are performing below grade level at Indian River Academy, Vero Beach Elementary, Glendale Elementary, Bridges Early Learning Center, Pelican Island Elementary, and Cradles to Crayons. Volunteers meet one-to-one with struggling readers enrolled in K-3 as part of the $143,000 federal grant to the Big Brothers, Big Sisters Organization and administered through Volunteer Florida.

We can’t Let this Happen to Our Working Families

This extreme Trump and Scott agenda will slam Indian River County’s middle-class and working families. As noted by former Democratic Congresswoman and candidate for governor, Gwen Graham, “This bill is another massive step toward turning Florida’s public school system into a public school industry designed to benefit corporations and powerful interests at the expense of our kids and schools.” As Democrats, we cannot let this happen.