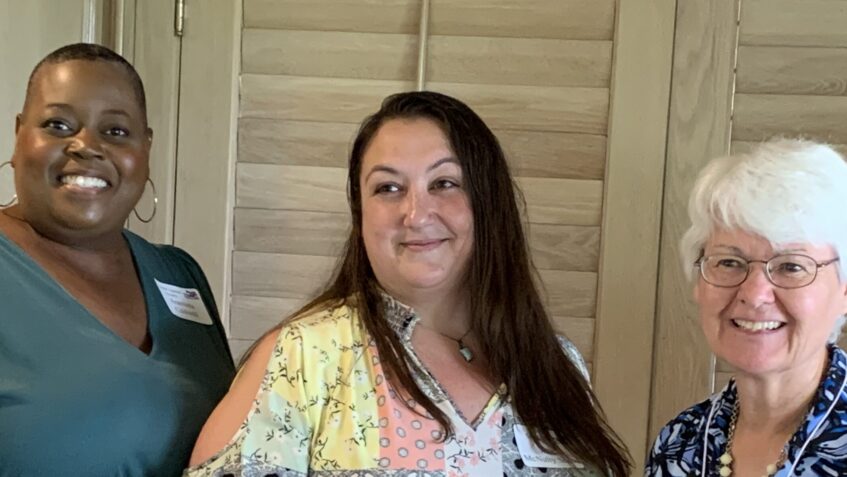 United Against Poverty manager speaks of her path to her present

Jobless and homeless, single mother Jane McNulty Snead turned to United Against Poverty for a better future. A 2016 graduate of the nonprofit’s STEP program, she is now helping others do the same.

UP is a local, homegrown organization that seeks “to inspire and empower” residents to lift themselves out of poverty, she said. More than 650 people a day participate in the nonprofit’s four programs: Crisis Stabilization, Education, Grocery and Success Training Employment (STEP).

McNulty Snead, who said she grew up in a very restrictive religious environment, entered foster care at age 11. Married at 16, she had three children by 20 and had beaten heroin by 23. All was well until an undiagnosed health issue caused her to lose her job and home.

Following her completion of UP’s employment training, McNulty Snead interned with the Children’s Home Society, helping kids aging out of foster care. In 2017, she started working at UP in an entry-level position. As part of her duties, she aided the organization’s capital campaign, which raised $5.9 million to build a new facility. It’s “a powerful testament to the giving nature of this community,” McNulty Snead said.

In January 2020, the 46,000 square foot center opened on 27th Street. The UP Center, which remained open throughout the pandemic, has a health clinic, expanded grocery store, classrooms and serves as a hub for other nonprofits.

UP “opened a new opportunity for me” McNulty Snead said.  Later adding, it “changed my life, and I am blessed” to have the opportunity to help others in need.