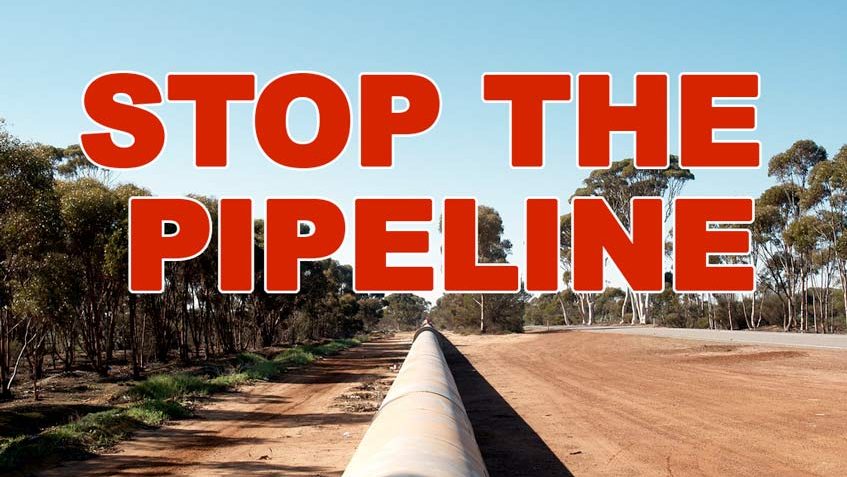 Resolution voted on by the DEC membership
April 20, 2017

WHEREAS, the Federal Energy Regulatory Commission (FERC), in response to Docket CP15-17-000, granted Sabal Trail Transmission, LLC the rights to build a natural gas pipeline through Alabama, Georgia, and twelve (12) counties in the state Florida, which includes our neighbor Osceola;

WHEREAS, Sabal Trail Transmission, LLC, has been granted full approval of the inter-state pipeline, by FERC, giving them the power of eminent domain, an ability that forces Floridian landowners and/or homeowners to relinquish their lands, and the rights to those lands, or face being sued for their own rights, in Federal Court;

WHEREAS, the Environmental Protection Agency (EPA) originally sent an objection to FERC regarding the Sabal Trail Transmission, LLC construction due to significant environmental concerns threatening Florida’s wetlands conservation lands and the Florida Aquifer, before the governmental agency made an unexplained reversal on the subject;

WHEREAS, Sabal Trail Transmission, LLC is building a five hundred and sixteen-mile-long, three-foot-wide pipeline, carrying up to one billion cubic feet of natural gas, would create an extreme health hazard to residents and wildlife of all counties, as the proposed pipeline runs near schools, through residential areas, the Suwanee River, the Green Swamp, and the Florida Aquifer, which provides approximately sixty percent of Florida’s drinking water;

WHEREAS, the construction of the Sabal Trail pipeline creates an increased risk of sinkholes, as a result of digging and displacement of the water table, which could result in potentially causing injuries or even deaths to residents, and furthermore, taxpayers would bear the brunt of repairs to an already decaying infrastructure;

WHEREAS, it is hypocritical to support a fracking ban in our own state while constructing a pipeline that carries fracked gas from our neighboring states to Florida;

WHEREAS, liquified natural gas (LNG) export facilities are currently planned along Florida’s coastline, including Brevard and St. Lucie counties, creating an increased likelihood of LNG-related accidents and fatalities across Florida where local emergency response teams are likely underprepared to respond to these types of accidents;

WHEREAS, Florida’s Native Americans residing along the path of the Sabal Trail pipelines have reported destruction of burial sites;

WHEREAS, the health impacts of leaked toxicants from natural gas infrastructure (compressor stations) are known to be harmful to the communities and wildlife surrounding them potentially causing abnormal respiratory function, low blood cell counts, nosebleeds, rashes, and other vulnerabilities to illnesses;

THEREFORE BE IT RESOLVED:

The membership of the Democratic Executive Committee of Indian River County (henceforth referred to at the Democrats of Indian River) oppose the construction and completion of the Sabal Trail Pipeline, on behalf of the safety and welfare of all Florida residents.

The Democrats of Indian River ask that all elected public officials take an official stance, both vocally, and in writing, via press release, opposing the Sabal Trail pipeline. They are also asked to not take any corporate donations, be they monetary or otherwise, of any amount, from Sabal Trail Transmission, LLC, or any of its parent companies, which include but are not limited to, Florida Power & Light, NextEra, Duke, and Spectra Energy.

The Democrats of Indian River further asks public officials to respond fully and accurately with documentation from impartial sources to citizens’ requests for information regarding the safety of planned LNG facilities and the rail transport of LNG through the East Coast Railway along Florida’s coastal cities.

In an effort to defund Sabal Trail pipeline, and thus prevent financing of the project, the membership of the Democrats of Indian River consider not doing business with companies and/or banks who in turn do business with Sabal Trail, LLC, and its previously named affiliates. These banks being, but not limited to Wells Fargo, TD Bank, ING Bank, SunTrust, and CitiBank.

The Democrats of Indian River assist the other counties in Florida, and their DECs, in also passing their own resolutions opposing the construction of the pipeline, for the benefit and well-being of our residents and our fragile environment.