Why I am a Democrat by Stacey Klim 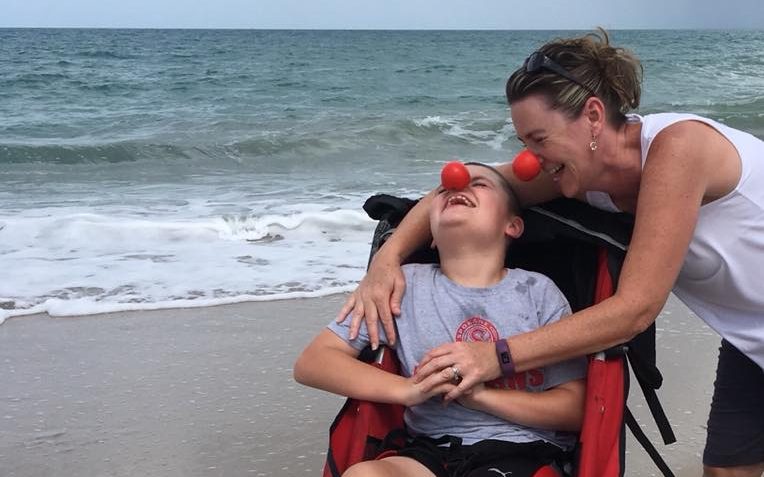 There are days in our lives that we never forget.  Sometimes they are beautiful days, like the day you get married or the day you give birth to/adopt your child.  Other times it is a painful memory, like when you lose a loved one or are faced with a sudden uncertain future (as so many are right now).  For me, one of those unforgettable days involved then Presidential candidate Donald Trump.

At the time, we lived in Spokane, Washington.  We had just had dinner and went to the living room to watch the evening news.  I was sitting on the couch with my then 11 year old daughter, Sylvia.  My then 8 year old son Jackson (who was born with a rare brain malformation and as a result has physical, developmental and intellectual disabilities) was playing on the floor.  As Sylvia and I sat watching the news, Donald Trump appeared on the TV screen at one of his rallies.  The story was about Trump mocking a reporter with cerebral palsy and before I knew it, there he was on the screen mimicking  a reporter with cerebral palsy.  I sat there shocked to my core.  Sylvia made a noise and I looked over to her to see tears in her eyes.  I don’t remember her exact words, but she asked how someone running for President could do that.  I had no answer.  I looked at my beautiful (yes I’m biased, but he really is beautiful) boy.  Tears welled in my eyes and rage welled in my heart.  I turned the TV off and took the kids for a walk.  That day will forever stand out to me as the first time in my life I felt a powerful and overwhelming feeling of anger and disgust for another human being.  And it continues to this day.

I remember thinking at that moment and the days that followed, that Trump wouldn’t get elected.  How could anyone with a heart and compassion for others, and a love for our diverse country vote for someone like him?  Yet, we all know the results of the election.  From day one he has used the office of President to divide our country and pump his ego through the demeaning of groups of people he has deemed “less than”.

I have family members and friends who voted for Donald Trump.  I have tried to dig deep and to understand why they would vote for or continue to support him.  I have tried to forgive them.  But I can’t and it’s taken me years to accept that I won’t.  The reason isn’t politics, as many of them will try to accuse me of. What it is about for me is values, morals and human decency.  Things, I have become convinced, Trump supporters lack.  You simply can’t support someone as morally corrupt as Trump without having something lacking inside of you, also.   But when those family members and friends say to me “it has nothing to do with Jackson,” I am just in awe.  In awe of how they try to justify their vote for such a vile man.  In awe of their ignorance.  In awe of their incapacity to understand what they are saying.  In awe of how they claim to love my son, but then vote and support a man who, on a daily basis, attacks my son’s rights.

Another one of my favorite arguments from Trump supporters is “Well, Jackson seems fine so what is your problem with Trump?”  Let me tell you.

Education – It seems on a weekly basis I am advocating on the national level for my son’s rights as a child under IDEA (Individuals with Disabilities Education Act).  Trump’s education pick, Betsy Devos, has made it crystal clear that children with disabilities are not a priority and a drain on our education system.  This whole school “choice” option equals school “discrimination” for kids like Jackson.  Private, charter, and religious schools are not required by law to take my son, so they don’t.  Turning our public education system into a voucher, waiver, choice system (whatever you want to call it) will destroy the public education system which is the only option for my son and many other children.  There are schools that aren’t public that will take students with disabilities, but that often depends on the needs of the student.  And they aren’t in every town or county in America.

Additionally, many people don’t realize that Medicaid will supplement schools with funding to provide services to children with special needs in the classroom.  Cutting or destroying Medicaid also impacts schools.

Every state and U.S. territory has a Developmental Disabilities Council.  These are the people on the front lines in every state advocating against policy and law changes that hurt people with disabilities.  They work hard to ensure that these damaging laws are reformed or new laws are created.

Many states have legal services available for those with disabilities.  Here in Florida, one that stands out is Disability Rights Florida.  They represent people with disabilities when they have been discriminated against and need help fighting for services.  While Disability Rights Florida is still operating, with the help of donations, many of the federally authorized Protection and Advocacy programs have been axed under Trump.

So, when you tell me that you support Trump and think he is a great President deserving of respect, I just hear you say this: “Your son is worthless, unimportant and he doesn’t matter”.   That is why I wake up every day, working for an organization that is doing everything they can to ensure Donald Trump is not elected again.  That is why I am a proud Democrat. 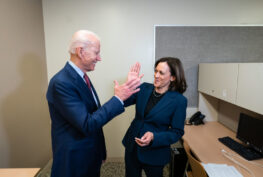 Racial Equity in a New Administration