Rep. Bill Posey has disgraced his office as well as the honor of our nation and armed forces by supporting the betrayal of  our Kurdish allies in Syria. Recently, with rare bipartisan consensus, the House of Representatives overwhelmingly voted 354-60, including 129 Republicans, to condemn President Donald Trump’s precipitous withdrawal of  our forces from Northern Syria, which has left the Kurds to the tender mercies and ethnic cleansing ambitions of Turkey, while leaving ISIS free to regroup.

This gave Russia and Iran everything they wanted in the region, including enabling the latter to truly threaten Israel

But not Rep. Posey, who voted against that resolution, choosing obedience to Trump over human decency and preserving America’s credibility and reputation on the world stage, both of which now lie in tatters.

No one who loves our country and truly supports our armed forces, no less the many in our district who serve or have ever served, can, in good conscience, justify ever again voting for Rep. Posey. He has often given lip-service support for our military and a strong foreign policy.

Yet now, when it matters, out of crass political self-interest, Rep. Posey reveals that what he really believes that it is preferable or our colors to be ordered to run and to leave our brothers and sisters in arms behind, than it is to vote against what Trump wants. What a  shameful and hypocritical thing for him to do. 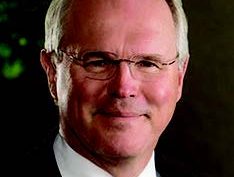