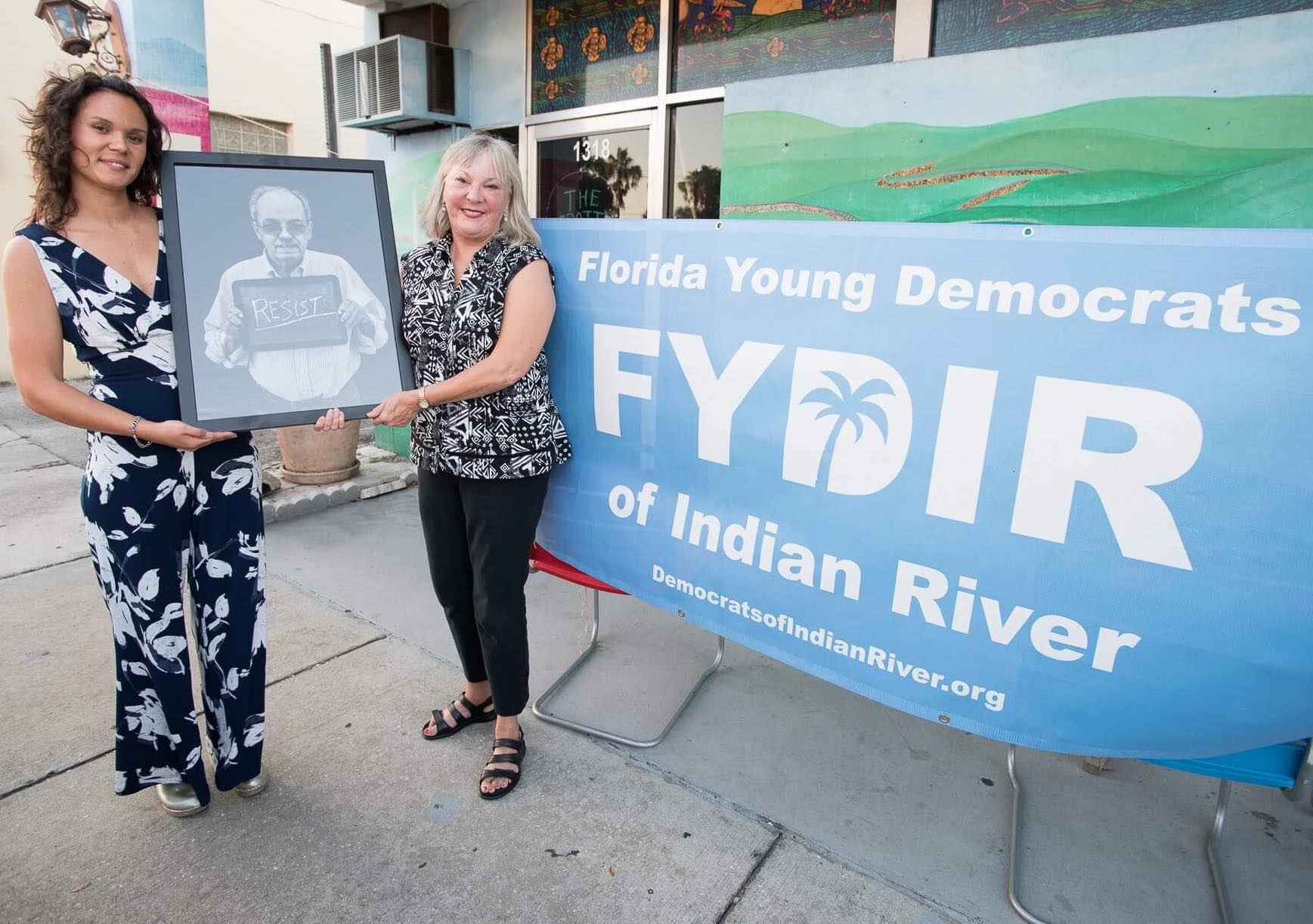 Megan Hoots, Chair of the Florida Young Democrats of Indian River (FYDIR), welcomed a crowd of about 60 celebrants to the organization’s first birthday party at the Irish-American Society in Vero Beach.  Kevin Lureau and Bob Lusk provided live music for the festivities.

Three political candidates greeted the crowd, including Nicole Haagenson who is running for the Florida House Seat in District 54.

It has been a busy year for the FYDIR.  This year they screened several documentaries for the public, including the documentary 13th, and collected over 500 signatures for the Florida Rights Restoration Coalition.  They sponsored a successful I Have A Dream march on the anniversary of Martin Luther King’s famous speech which has spawned the making of a Unity Quilt to be auctioned off for scholarships.  They participated in Treasure Coast Pride Fest and have brought attention to LGBTQ rights.  Finally, they helped identify and support candidates for the 2018 election and successfully stirred Democratic sentiments for equality.