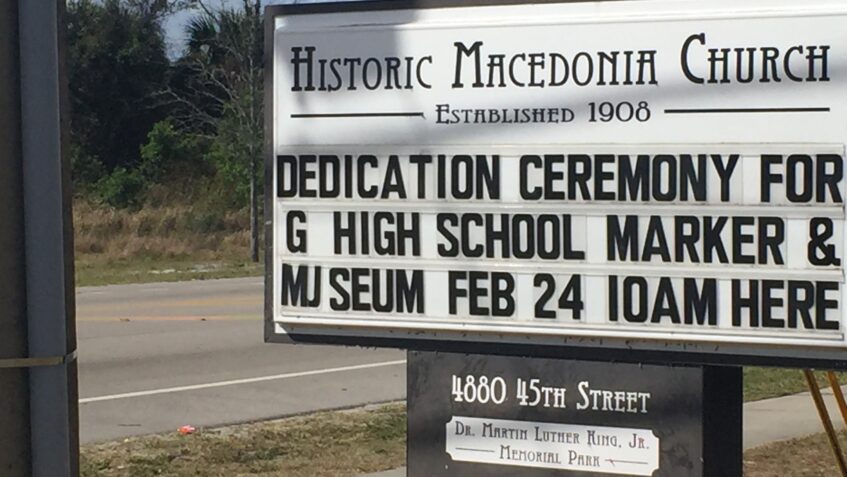 A RESOLUTION OF THE BOARD OF COUNTY COMMISSIONERS OF INDIAN RIVER COUNTY SUPPORTING THE DR. MARTIN LUTHER KING, JR. PARK, HISTORIC MUSEUM AND CULTURAL CENTER

WHEREAS, Dr. Martin Luther King, Jr. changed our Nation forever through his leadership, service, and clarity of vision; and

WHEREAS, Dr. King received the Nobel Peace Prize in 1964 for his work toward passage of the Civil Rights Act of 1964 and for combating racial inequality through insistent use of civil disobedience and nonviolent resistance; and

WHEREAS, The Gifford Community is the center of African-American culture and history in Indian River County, Florida; and

WHEREAS, The Gifford Community is home to the Old Macedonia Church, which serves as the Gifford Historical Museum and Cultural center, and is a site on the Florida Black Heritage Trail, also called the African-American History Trail; and

WHEREAS, The Gifford Community Cultural and Resource Center, a non-profit 501(c)(3), volunteer-based organization, oversees the operation of the museum, as well as its extension, the Gifford High School Legacy Room, located in the Gifford Middle School; and

WHEREAS, the Gifford Community Culture and Resource Center wishes to honor the legacy of both Dr. Martin Luther King, Jr. and the contributions of the Gifford Community to the rich fabric of life in Indian River County through the construction of a Cultural Center which may include a library, studios, galleries, community meeting rooms, and enhanced museum facility while preserving the historic church, grave markers, trail, and other existing amenities at Martin Luther King Jr. Park; and

NOW, THEREFORE, BE IT RESOLVED BY THE INDIAN RIVER COUNTY BOARD OF COUNTY COMMISSIONERS:

That the Indian River County Board of County Commissioners offers its pledge of commitment to the Gifford Community Culture and Resource Center and its supporters that it will work in earnest with the Center to identify appropriate locations for the aforementioned facilities as consistent with the wishes of the Community and the Indian River County Land Development Regulations within Martin Luther King Jr. Park and is committed to leasing a mutually identified portion of the Park for this purpose.

The Chairperson thereupon declared the resolution duly passed and adopted this day of , 2021.

BOARD OF COUNTY COMMISSIONERS