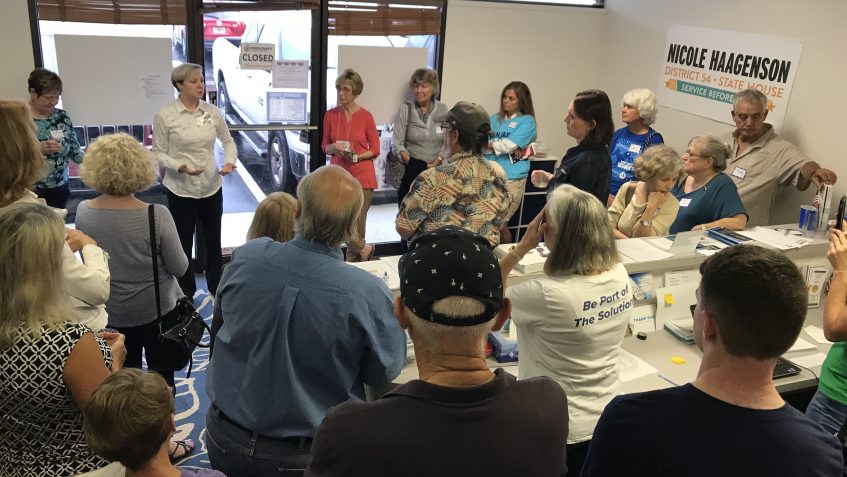 Haagenson, an Air Force veteran running in her first campaign said, “I think the working families of this district need a choice beyond one-party control of government.  I am offering voters a choice in support of a clean environment for a strong economy, affordable quality healthcare and effective public education and vocational training.”

Haagenson’s campaign has had record-breaking success in early fundraising.  The Florida Division of Elections database shows Haagenson’s cumulative total of cash and in-kind contributions to be $18,336.57.   This is the highest monetary total in more than two decades for a Democratic House candidate in District 54.

Nicole Haagenson is a Democrat running for State House District 54.  A second-generation Air Force veteran, Nicole is a graduate of the University of North Florida and earned her Masters of Business Administration at the University of Central Florida. Nicole works for a small business in Vero Beach as their Director of IT Enterprise Project Management. She moved to Vero Beach almost 9 years ago from Jacksonville, FL and lives with her fiancé in a large blended family of seven.