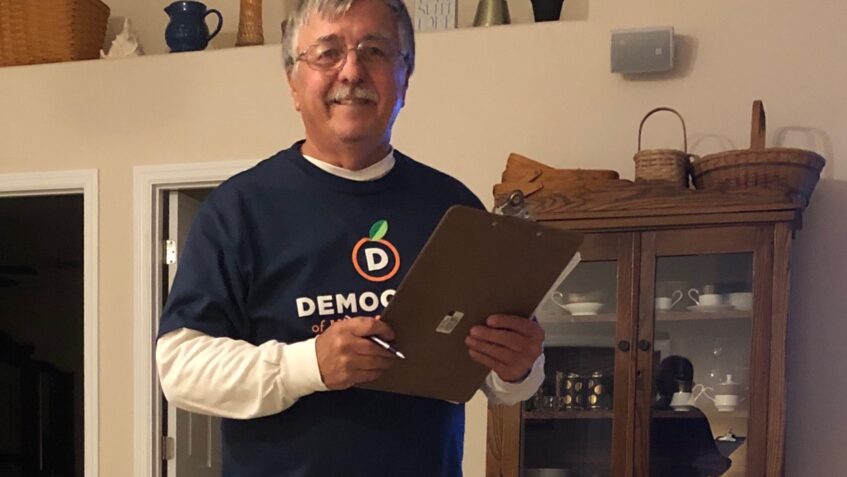 Bob Bruner is our Vice-Chair of Outreach.  Bob moved here in 2015 and has brought his political activism as a Democrat to our county.  In addition to his role as Vice Chair, Bob’s a member of the Democratic Club, a Precinct Captain, and a member of the Precinct Action Committee.    Bob was previously involved in several campaigns including former Ohio Governor Ted Strickland, former Congressman Zack Space and Sherrod Brown U.S. Senator.  Before moving to Sebastian, Bob was the Guernsey County Democratic Chair.  His political highlights include attending the first inauguration of Barack Obama and meeting President Joe Biden.