A Young Democratic Millennial Speaks Up 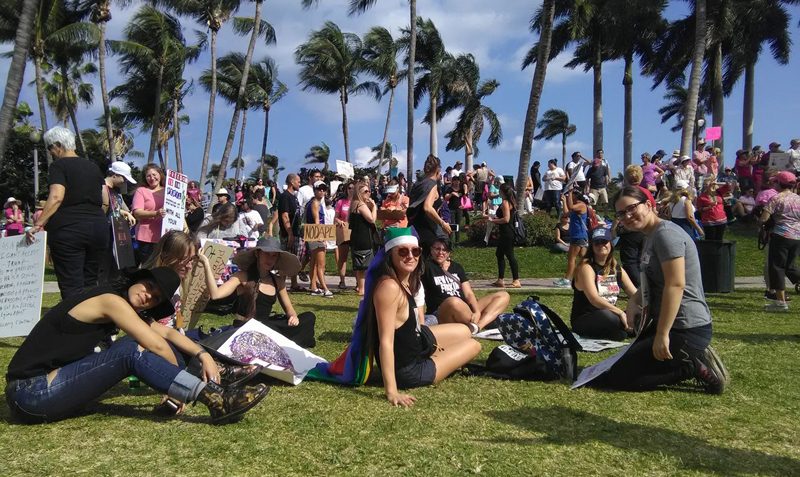 Democrats are courting the support of Millennials, hoping for a big turnout in 2020 from the nation’s largest voting bloc. To attract their support, however, party leadership will need to thoroughly understand this diverse generation – how they think, how they live and what they care about most.

The term Millennial was coined by the authors William Strauss and Neil Howe in their 1987 book, “Generations.”  They identified the beginning of the generation with the coming millennium and the high school graduating class of 2000.[i]  More specifically, according to Pew Research Center, the Millennial Generation is defined by those persons born between 1981 and 1996.[ii]

Millennials have many defining factors, events, and cultures characteristic of their generation. It is their political perspective, however, that will take center stage soon. Now that all Millennials are within the age to vote, this group has the potential to change the current course of history.

Millennials make up just over 30 percent of the population, or 83.1 million, according to the 2014 Census. By comparison, the long-dominant Baby Boomers account for about 29 percent, or 75.4 million people.

So where do Millennials stand politically?  Where do such a large chunk of the country stand on war, economy, and social values?  Do Millennials even care about politics?

Millennials do care about politics, just not in the same fashion as previous generations.[iii]  Before the 2018 Midterm elections, there were only eight Millennials in Congress, all were in the House. The average age of the 115thCongress was the oldest ever. Today the 116thCongress has 26 Millennial representatives.[iv]

The 2018 midterms saw a significant turnout of youth voters, with an estimated 31% of eligible Millennials voting. When Millennials first began voting in and around 2012, “the force of the youth vote” played a role in re-election of the first African-American president.

Four years later, Millennials put their support behind non-traditional candidates. Presidential candidate Bernie Sanders garnered more primary votes from people under 30 than did Donald Trump and Hillary Clinton combined. Sanders commented that Millennials were “the least prejudiced generation in the history of the United States.”

A 2015 Pew Research study found that Millennials in the U.S. States supported restricting public speech if it were deemed to be offensive to minority groups. The number of supporters for such government intervention almost doubles that of previous generations.

Millennials also raised awareness of sexual harassment, gender inequality and macroaggressions. Macroaggressions are large-scale or overt aggression toward those of a certain race, culture, gender, etc.   They advocated for flexible work schedules, safe spaces and trigger warnings.Trigger warnings are a statement at the start of a piece of writing, video, etc., alerting the reader or viewer to the fact that it contains potentially distressing material.  Critics often criticize Millennials for their attacks on free speech and the generation’s inability to adapt.  They are sometimes referred to as the socially inept generation.

With recent movements, legislation and public activism for equal rights, it seems evident that this generation wishes to embrace the inevitability of social change and to put an end to prejudice. Does this mean that Millennials tend to have more liberal ideologies or political perspectives?

Studies indicate that Millennials are more likely to lean to the left politically.[v]According to The Pew Research Center, as of October 2018 only 29 percent of Millennials approved of the Trump Administration’s performance, 64 percent believed the government should do more to solve problems and 61 percent believed that increasing racial/ethnic diversity is good for society. Of the 20 newly elected Millennials to The House, 14 of those are Democrats (with Alexandria Ocasio-Cortez being the youngest woman ever elected to Congress).

On war and peace, Millennials overall show a growing amount of skepticism of U.S. military involvement in international conflicts.[vi]  The 9-11 attacks were the defining moment of their generation, followed by two decades of war.

Despite this shared experience, Millennials differ greatly on their opinions about involvement in foreign wars. For example, veterans and non-veterans have had vastly different experiences, and as a result, their opinions differ significantly on foreign intervention.[vii]

When it comes to the economy, Millennials seem to lean more toward conservative ideologies.[viii]This is due in large part to the student loan crisis and 2008 financial crisis.

Disturbingly, Millennials are less well off than members of earlier generations when they were young, with lower earnings, fewer assets and less wealth.[ix]As a group that grew up during The Great Recession, this has reduced the quality of life for Millennials. They are less likely to purchases houses and cars, two of the vital industries that drive the economy.

Millennials have grown up in a new millennium, full of events that helped shape their political attitudes.  As a generational force, Millennials are just taking the stage. As tomorrow rolls around, Millennials will truly begin to shape the country through their own lens of the Millennial political perspective.

[iii]The Atlantic, “When It Comes to Politics, Do Millennials Care About Anything?,”https://www.theatlantic.com/sponsored/allstate/when-it-comes-to-politics-do-millennials-care-about-anything/255/

vCenter for Information and Research on Civic Learning and Engagement (CIRCLE).

[vii]  O’Brien, Kathleen (1 August 2014). “After Combat, These Veterans Are Trying to Fit in with Their Generation”. Nation Swell.

[viii]Investor’s Business Daily, “Why Millennials Turning Against Democrats?  The answer is Simple.” https://www.investors.com/politics/editorials/millennials-democrats-poll-economy/