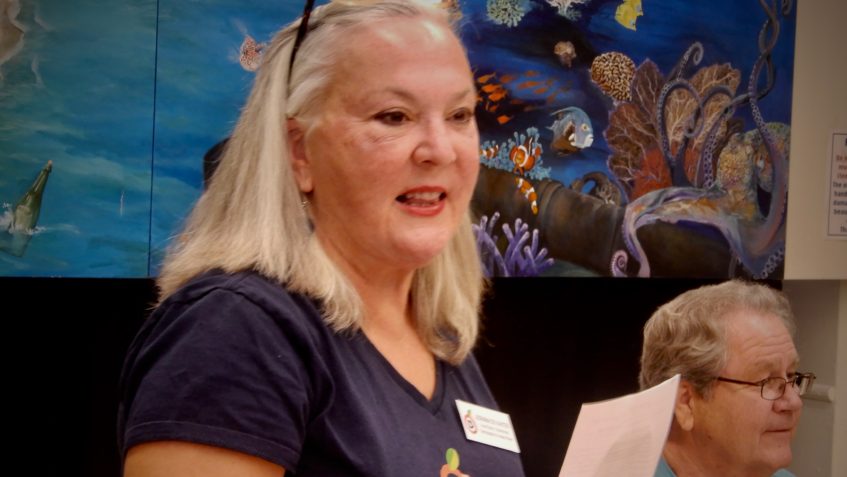 The Indian River County Democratic Executive Committee elected Adriana de Kanter of Vero Beach as their new Chair on Thursday, July 18. Ms. de Kanter had been acting Chair for the last six months.  She is joined on the Leadership Team by Al Griffiths of Sebastian who is Vice Chair of Operations.

Ms. de Kanter said after the election, “I am mindful of all the good deeds of this organization before my tenure. I am also mindful that we are part of a broader community of citizens who are our neighbors and colleagues.  I look forward to working with our members to register voters, get Democrats to vote by mail, and work on issues important to us—local, state, and national. I am grateful for so many hardworking partners in our organization that make the work run smoothly.”

Ms. de Kanter had a distinguished 36-year career in the federal government before retiring to Vero Beach in 2016 with her husband, a third-generation resident of the City of Vero Beach.

Mr. Griffiths and his wife were small business owners who started, owned, and managed a community association management and maintenance company in Connecticut before retiring to Indian River County full-time.  He is a Blue Water Navy Vietnam Veteran who served in Vietnam from 1970 to 1971.

The Headquarters of the Democrats of Indian River is at 2345 14th Avenue, Suite 7, Vero Beach 32960.  Interested parties should visit their webpage at:  www.democratsofindianriver.org

Join us.  Be part of the solution!