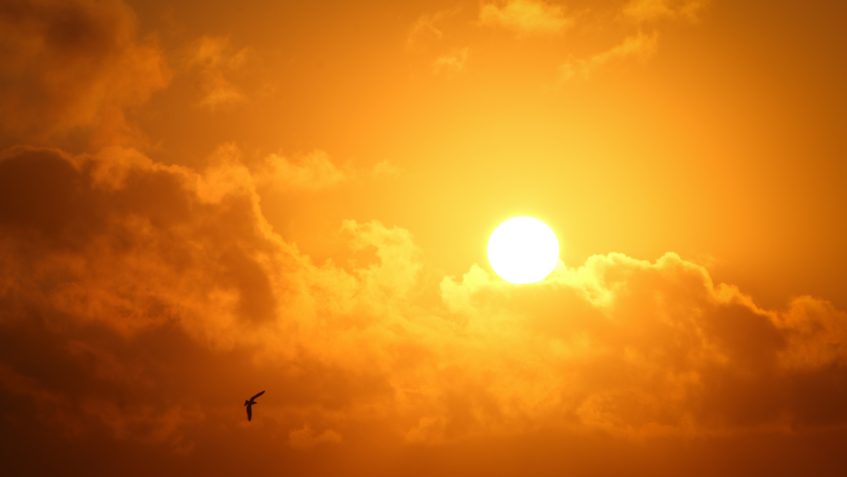 In the United States, Florida counties will suffer most

Our way of life threatened unless U.S. acts to curb heat-trapping emissions

“Killer Heat,” a study released last week by the Union of Concerned Scientists,* paints a bleak picture of the impact of climate change on Indian River County in less than two decades, unless the U.S. and other nations take action soon to drastically reduce heat-trapping emissions.

The study projects rising temperatures and heat indexes in every county in the U.S. Temperatures by County. The heat index is the “feels like” temperature on the skin that results from a combination of heat and humidity.

The environmental predications are dire, and so will be the consequences. Florida and Texas will suffer the most. Lives and livelihoods will be threatened, populations will shift and our quality of life will be irreparably degraded.

Yet, Republican leaders from state houses to Washington continue to act irresponsibly, refusing to accept human origins of climate change and the science behind this and many other studies.

Since 2000 temperatures have continued to rise. This July will be the hottest on record. However, in just 17 years, we will enter a dramatic new phase.

In the period between 2036 and 2065, Indian River County will experience heat indexes of:

What will this “Killer Heat” mean for Indian River County? Certainly, heat-related deaths and cases of heat stroke will rise significantly, especially among the elderly and very young.

However, Killer Heat will bring more than death. Life in our county — social, cultural, economic and demographic — will make Indian River a much different place. The possibilities could include:

This picture does not even take into account rising sea levels caused by climate change. Will Conn Beach in Vero still exist? This is not just an idle thought.

The list goes on, but in sum the quality of life that we have come to enjoy in Indian River County will be a thing of the past.

Those who believe that the facts and implications presented here are exaggerated must ask themselves: Do I really know the facts? Or, have I dismissed climate change out of hand because science runs counter to my political ideology? What if Republicans are wrong?

Join Us — Be Part of the Solution

***The Union of Concerned Scientists(UCS) is a nonprofit science advocacy organization based in the United States. The UCS membership includes many private citizens in addition to professional scientists. Anne Kapuscinski, Sherman Fairchild professor of sustainability sciencein the Environmental Studies Program at Dartmouth College, currently chairs the UCS Board of Directors, having replaced James J. McCarthy, Professor of Biological Oceanography at Harvard University and past president of the American Association for the Advancement of Sciencein 2015.  – Wikipedia