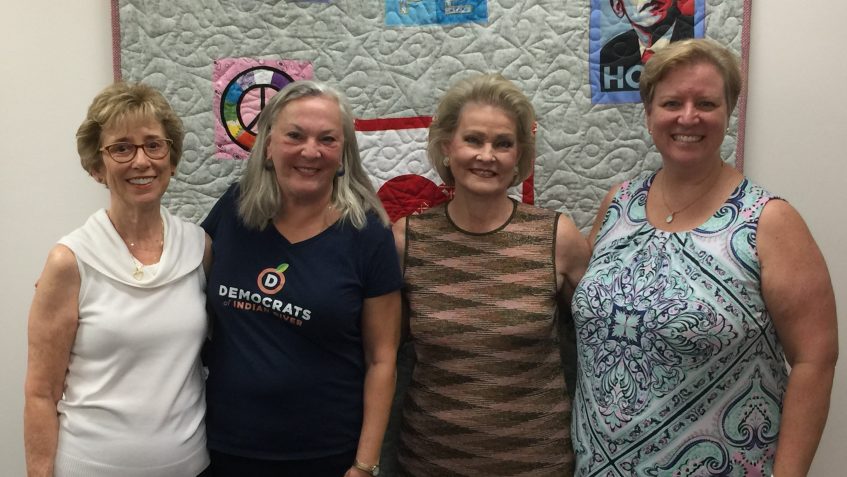 Grace Nelson, wife of Senator Bill Nelson, visited the Indian River County Democratic Executive Committee (DEC) Headquarters on Sunday afternoon with her daughter and staff members. She shared with the small group in the office that her husband has always been a humble public servant who does not seek fame and fortune but seeks the greater good for the all by passing policies that will help Florida’s families and seniors.  She shared stories of their past campaigns when the Senator and she knocked on doors six days a week all day long.  From their experience, she came to thank the local volunteers for their efforts in canvassing and phonebanking noting that knocking doors and making phone calls is far more effective than television commercials or attack ads.

Grace noted that Indian River County is noteworthy because of the progress it has made in getting out the vote and registering Democrats to vote.  Chair Kim Lorimier noted that the seeds of the past county Party structure have allowed the current DEC to make great strides in harnessing volunteers and raising funds because voters are motivated for change.  They want to part of the blue wave.  She noted that one-party rule has not been good for Florida and has not been good for Indian River County.

Grace also came with a message of love and unity encouraging all Americans to reach out to one another and engage in civil discourse.  She shared Senator Nelson’s and her concern about the current atmosphere of partisan politics.  They know the power of true bi-partisan decisionmaking to solve the issues facing America in the 21st Century.   Together, they are working to change to our country’s toxic atmosphere and bring back the humanity of the Golden Rule.

Candidate for Florida House Seat 54, Nicole Haagenson, shared with Grace her strategy for reaching voters.  She told Grace that she could not be moving forward with such great momentum without her wonderful volunteers and interns.  She also shared with Grace her motto, “Service before Self,” which emulates Senator’s Nelson’s same philosophy.

This photo of Grace Nelson is with DEC officers Josie Lieberman, Adriana de Kanter, and Kim Lorimier. They are standing in front of the Unity Quilt created by volunteer Reva Brugnoli to honor the anniversary of Dr. Martin Luther King’s, “I Have a Dream” speech.   It will be auctioned off at the Blue Gala on October 20that the the Grand Harbor Clubhouse. 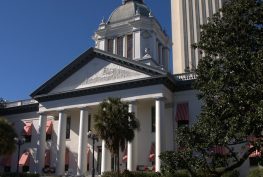