DWC Hears Stories from Florida’s Past from Historian Jane Gould 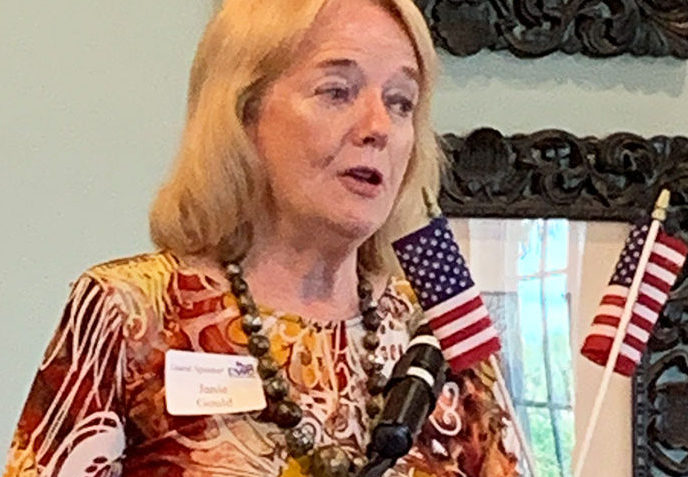 The creator of NPR station WQCS-FM’s popular “Floridays” program spoke at the club’s October luncheon at Pointe West. During the nine years the program aired, Gould traveled around the state in her mobile recording studio dubbed “the chuck wagon” to collect oral histories from pioneers’ families and descendants.

Many of the tales involved subsistence living in the 1920s, ‘30s and ‘40s. One Fort Pierce man interviewed for the show recalled how people hunted manatees for food and blubber. The last manatee he helped butcher fed his extended family for a month. When told that hunting manatees would be illegal now, he replied it was then, too — if you got caught.

Sea turtles were also often on the early residents’ menus. A Vero Beach woman whose family had one of the first swimming pools told Gould about live sea turtles being stored in the pool for future consumption.

Sandhill cranes were also hunted for food during the period.

Floridians were also quite enterprising in making money. Among the cash-raising endeavors was the collection, drying and selling of Spanish moss for use in mattresses. Moss sellers  earned ten cents a pound, an Ocala woman told Gould.

The patriarch of a Bassinger family that homesteaded in the area after the end of the Civil War, reminisced about hunting and selling raccoons for their meat and pelts. “Me and my uncle, we were ‘coon tycoons,’ ” he said.

Later local entrepreneurs captured and sold snakes by the foot to tourists.

Gould also sought out people for “Floridays” who were witnesses to world events.

During World War II, German prisoners of war were brought to Camp Blanding in North Florida. According to one POW who was 18 when captured, the Germans were treated quite well. They ate in the same mess hall as U.S. soldiers, watched movies and were allowed to write letters home. After the war, he was repatriated to Germany. A few years later, he returned to the United States.

Since her retirement from broadcast journalism, Gould has authored two books based on “Floridays” segments, as well as a cookbook of regional recipes.

With funding from the Florida Humanities Council, she has been touring the state for the past several years presenting programs on Florida’s fascinating history.

The next meeting of the Democratic Women’s Club is Nov. 9. 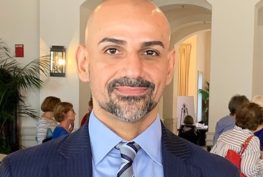 Lanie Frame Hands Over the DWC Gavel to Silvia Cancio