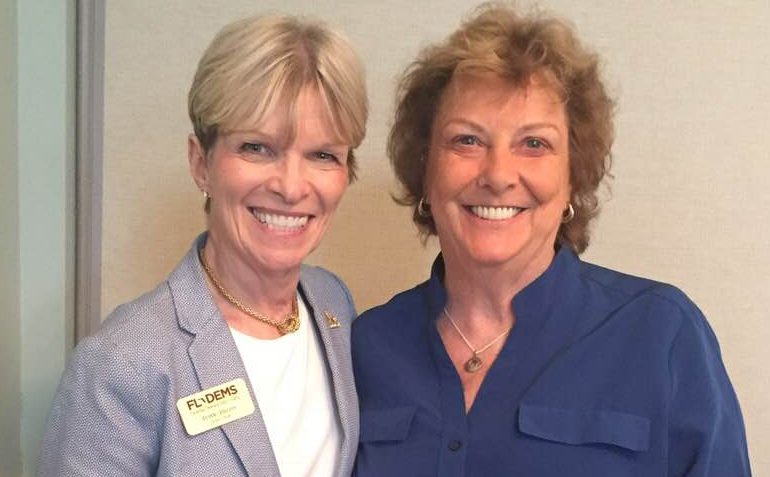 Looking out at the members of the Democratic Women’s Club, Florida Democratic chair Terrie Rizzo remarked,

“I see that big Blue Wave coming right at us.”

In opening remarks at the club’s May luncheon, Rizzo said, “We’re in it together.”

For the upcoming midterm elections, the state party is focused on a 67-county strategy.

“Every county matters,” she said. Democrats are working with every Florida county to get better organized and to get out the vote. The party seeks to turn “warm voters,” those who are not as apt to vote in midterm elections, into “hot voters.”

A special priority is being placed on vote by mail because the turnout for those who receive the mail ballot is 90 percent, Rizzo said.

“As Florida is the largest swing state in the nation, winning here is vital to the United  States and the world.”

The Democratic emphasis in the elections is on the positive, rather than the negative, Rizzo said.

The party’s spotlight is on issues that matter to everyone.  Those include an economy that works for all, quality education, a healthy environment, and common sense gun laws.

“We have a powerful message to take to the people.”