Parenting in the Age of Trump 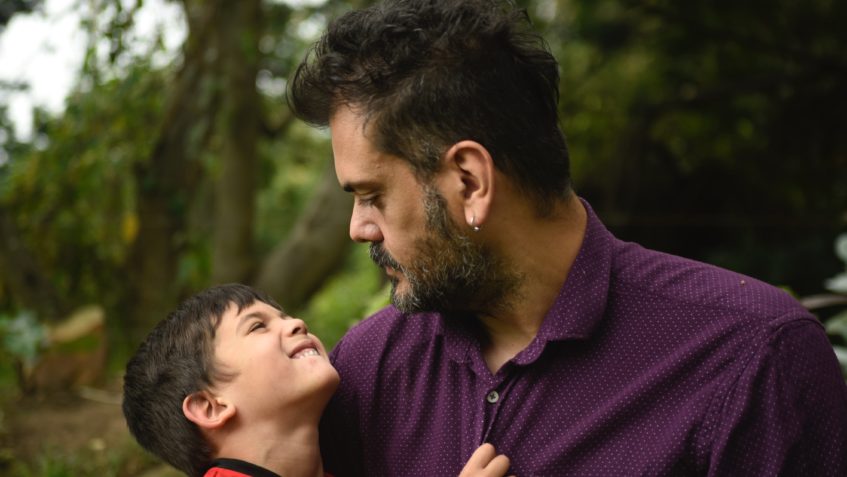 Parenting in the Age of Trump

Given the current state of our country’s politics, and the leaders we have chosen (yes, “we” – we’re all in this together), I’ve found myself regularly questioning how the parents of this country can successfully raise their children with a proper moral compass. I don’t know if there is anyone who can legitimately claim Donald Trump is a shining example of kindness and compassion, qualities I find to be cornerstones of any decent human being. He has at times, publicly, proven himself to be brash, argumentative and petty, pompous, and downright grotesque – not to mention his tenuous grasp on truth and facts. He denies scientific evidence that (coincidentally) may stand to harm business profits, regardless of public health risks, and has allowed and encouraged his administration to aggressively de-fund government programs tasked with gathering scientific data and educating the public. At this point, I rarely see his intelligent supporters deny these facts. The general consensus seems to be that these qualities are tolerated, and almost expected, because he is such an “incredible business man” and is the only one who can save our “failing economy.” Both of these descriptions are inherently false and can be debunked repeatedly through minimal research, but this doesn’t seem to matter anymore. So long as the people believe it, it is fact. Perhaps there is no greater example of this mindset than Newt Gingrich’s incredibly revealing exchange with CNN’s Alyson Camerota following the 2016 RNC. In it, he essentially confirms that his party has zero obligation to educate the public; they are to exploit voters’ beliefs, no matter how ill-conceived, not correct them to align with truth and reality.

With this in mind, in this environment, how do you raise a child to value facts, science, and research?

How to you instill the importance of conducting yourself in a professional and respectful manner when the President of the United States has openly called his opponents names befitting of a 5th grade bully? When, beyond that, he has been caught on camera encouraging violence, repeating lies even when confronted with the facts, making lewd and demeaning comments towards women…I could go on. This is a man who holds a position we’re all taught to aspire to in school, to hold with esteem and respect. Why wouldn’t our youth feel that if the President can do it, it must be okay. “That must be how you get to the top!” This is a terrifying thought, and if left unchecked, would breed a populous most of us wouldn’t want any part of.

There is only one answer, one way to correct course: as parents, we must work harder than ever to exemplify the ideal. We have a bigger opportunity to impact the future than any shortsighted legislation ever could – through our children. We must aggressively counter the negativity that has surrounded the political landscape of our country and has brought out the worst qualities in some of our friends and neighbors. No, I do not mean getting angry, pulling the most disgusting words you know from that dark part of your brain and shouting louder than the rest. I mean taking every single opportunity to be a role model for your children. Obama spoiled us! It was easy with him. Regardless of how you felt about his policies or the direction he was taking our country, when you watched and listened to #44, you experienced a truly presidential President. Poised, respectful and intelligent, you could practically point to the television and say, “just be like that and you’ll be fine.” Those days are over, my friends.

Actively engage in conversation with your children on a daily basis. Ask them about their friends, and perhaps more importantly, their enemies. Don’t shy away from discussing cultural, ethnic, and gender differences, embrace them! Make sure your children know that they have strengths, and so do others – working together we are unstoppable. Inspire them to be an agent for good; kids need and love purpose just as much as adults. Dare your child to go speak to a classmate who always sits alone – dare them! Imagine the impact your child could have on another child’s life. It take such little effort to show someone you care, but those experiences can last a lifetime – can SHAPE a lifetime. Refrain from using the dreaded, “because I told you so,” line of reasoning and don’t ever be afraid to say “I don’t know, let’s look it up.” Help your children understand why they need to do this or that, and why you have this or that rule in place. Teach them to value critical thinking, and to question authority. You may even begin to see the flaws in some of your own logic – and that’s okay, that’s how you grow and improve! The time for active parenting has never been more critical. If you are raising children, you are impacting the future every minute of every day; please don’t ever take it for granted.