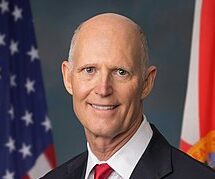 In response to Rick Scott’s release of the Senate Republicans’ campaign agenda:

“Rick Scott’s plan is confirmation that he and today’s Republican Party do not care about the issues that matter to people most like lowering costs. Instead, this out-of-touch ‘blueprint’ would raise taxes, lower benefits, and make life harder for the vast majority of Floridians – while totally ignoring the question of how working families are supposed to pay their bills or find affordable medical care. Then again, maybe that’s because Rick Scott is more concerned with inserting himself into culture war battles, catering to wealthy corporations, and cheering for higher costs for families.”